Why English bulldogs are the best breed?

Why English bulldogs are the best breed?

Why English bulldogs are the best breed? Before making the purchase an owner has to think about various possibilities regarding an alteration in their personal life when looking for a dog.  One has to regard the new companion that is; the pet, as a whole new sentient individual with needs, wants, likes and dislikes. These are the fundamental concerns that need the utmost care if one seeks to make the dog’s new home their proper place, where they live a happy life. If you are looking for what are akc english bulldogs view this article!

The English bulldog is very adaptable!

Why English bulldogs are the best breed? The English bulldogs being smaller in size adjust aptly to the given adaptable environment. They do not require a lot of personal time like other dogs, for example, huskies or shepherds, since they are smaller and muscular they are quirky too.

Which means they are highly energetic. They spend this build-up energy after long naps by playing with themselves or several other inanimate objects towards which they may feel a certain attraction. The English bulldog is one of the most famous breeds in the modern world. They distinctly resemble French bulldogs in various attributes and general physiognomy, although they are slightly or considerably larger. Their personality too bears resemblances with the French bulldog.

The English bulldog especially is popular among those people who often reside in dorms or compact spaces, from budget apartments to shared rooms.  As hinted above, the English bulldog as compared with other house pets falls into low-maintenance animals. this is because of their apt adaptability characteristics, which pertain to steady accommodation.

They get along well with other animals

Are english bulldogs aggressive This remarkable ability does not only extend to inanimate objects such as tennis balls, teddy bears, or other stuffed toys but also to other sentient beings, animals such as other dogs, cats, or several other house pets. This love of friendship further extends towards the owner’s friends/family and especially children.

English bulldog temperament: Looking at the history concerning the origins of this specific breed, the primary bulldog was larger, more muscular, and considerably sturdier. The bulldog was meant for and bred for particular sports which explicitly involved hound fighting and hunting. The English bulldog though, much smaller in size in comparison with the bulldog was bred for human companionship. They are too very muscular for their size and sturdier still. In this era, the traditional uses of the bulldog are not practiced and in many parts of the world are deemed immoral or are marked illegal.

Despite these modern restrictions, some attributes and behavioral traits of the bulldog’s violent history remain yet dominant in the respective species. Although mostly repressed by humble bringing up, there are some outside agents which may trigger violent behaviors in the bulldog. Why English Bulldogs Are The Best Breed? In comparison between the two, the occasional repulsive behavior in the bulldog bears little or no resemblance to the English bulldog, the English bulldog remains a true companion of the human individual, loyal, compassionate, and loving.

English bulldogs were bred for the best companionship!

Why English Bulldogs Are The Best Breed? Also in comparison in history with the bulldog, the English bulldog was specifically bred for human companionship. So, while being brought up in a temperate and a moderate manner on grounds deemed friendly by humans, unlike the bulldog, the English bulldog turns out to be extremely friendly, moderate, compassionate in friendliness, and reactive to commands. These qualities among several others made the English bulldog one of the best choices of family dogs in the world. One of the most important parts of raising a dog or living with a grown-up animal is socialization training.

They can easily learn to socialize

The socialization training makes an animal more friendly and understanding of human actions, and they will gradually get to know human beings which whom they come into contact in their daily lives as friends. So, that they will not act on an unfriendly level whenever they see a friend, socialization training remains a vital component to be exercised.

English bulldogs are not hypoallergenic

This means they do shed hair and they do tend to trigger allergies in people with allergy conditions. They do not shed as much as other dogs and their hair being smaller is not very noticeable. This can either be a problem or an attribute depending on you.

Much harder to detect means harder to clean but if you do not have allergies then surface cleaning will usually get rid of most of the shredded hair, one needs not to go into detail cleaning. The shredded hair may find its way into your food by the means of air or the dog’s direct contact with edibles which may raise hygienic and health concerns, so it is better to groom your dog according to regular intervals. It is also very important to bathe your English bulldog at least once every two or three weeks. The good news is that as they proceed into adulthood they begin to shed less and less every day.

Is the french bulldog better?

They have more coat types et cetera and colors than French bulldogs. On the question of tail types in comparison between the English and the French bulldog; there is not much difference. They both grow up to have curly or corkscrew tails. This also means that in generative times they both might be affected by spinal deficiencies associated with corkscrew tail types (Among the many hereditary diseases and conditions the English bulldog might be subjected to as an adult in the future, some that are risky on daily basis must not be ignored.

They are small and quirky and they tire easily. This is because they consume most of their energy while in intense exercise. While the body is burning up certain fats and increasing the metabolic process the physical body of the English bulldog must be at a moderate room temperature. Because in the sun they are subjected to intense overheating that may cause death or lead to more serious conditions than overheating. So, if you live in places that are not very tropical and area subject to intense heat and constant rise in the temperature you should consider looking for another dog that might be more fitting for such conditions.

Furthermore, there are a lot of other conditions that your English bulldog might be subjected to in the future among some of the factors associated with leading to these conditions age is most prominent). So, most professional breeders will not dock such dogs who have these types of tails since it can lead to life-threatening problems in the future.

On the question of diseases affecting both the French and the English bulldog, among the variety of hereditary diseases and inherent proclivities that may lead to various conditions regarding the conditions the English bulldog might be subjected to as an adult in the near or distant future, some that are risky on daily basis must not be ignored.

They are small and quirky and they tire easily. This is because they consume most of their energy while in intense exercise. While the body is burning up certain fats and increasing the metabolic process the physical body of the English bulldog must be accommodated at a moderate temperature because in the sun they are subjected to intense overheating that may cause death or lead to more serious conditions

The personality between frenchies and english bulldogs “bulldog english”

Why are English Bulldogs so popular? On the question of personality and temperature on the scale of English vs. French bulldog, there is not much difference either. They both are great companions who love their owners, they are loyal and highly maintainable.

However, one of the most distinct qualities in both these dogs (which is again associated with their companionship attribute) is separation anxiety. New owners need to be made aware of this condition. One may not recognize pain in the eyes or on the face of a dog as one does in a human but it does not mean it is not there. Separation anxiety is a feeling of intense anxious build-up that happens when you are not with someone who wants to be, it is the same in dogs and the English and French bulldogs are more susceptible to this.

Why English Bulldogs Are The Best Breed? The English bulldog in general is more sturdy and more muscular than the French bulldog (otherwise known as Frenchie) because of their considerably larger size. If you are looking for a small dog that will not need a lot of attention and will not disrupt your daily schedule by demanding alterations in your daily activities, the English bulldog can be the ideal choice for people who are either living in compact spaces alone or with their family in larger homes. Depending upon their size they are swift and resilient because of their muscular build-up.

So, Why do people choose bulldogs? They choose it because of all the reasons above, they are cute, friendly, and calm breed of dogs. No need to ask “Are Bulldogs dangerous?”.

They are extremely children-friendly and environmentally friendly and can adapt to almost any home space instantly, provided that the said space conforms with their behavior and promotes their wellbeing. They are quiet and do not make a noise like other small hyperactive dogs like Chihuahuas, they are usually silent and bark whenever something is wrong. If a person is looking for the ideal animal companion who is playful, quirky, loving, loyal, and compassionate, the English bulldog poses the right choice. 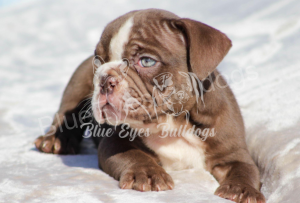 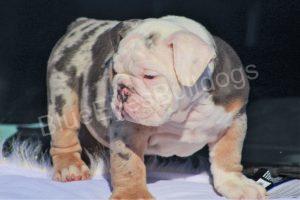 How to train an English bulldog | Training Bulldogs in 2022

Looking to train your English bulldog? Here’s a guide on How To Train An English Bulldog, including potty training, leash training, and sitting.